There were two big recent announcements for Cloud Gaming: Microsoft officially launched xCloud with Xbox Game Pass Ultimate and Amazon kicked off the beta of Luna. These platforms join Google Stadia, GeForce Now, and Playstation Now, as new entrants to take a slice of the $200.8 billion global games market by 2023.

Fellow gamers. This is no passing fad. Cloud Gaming wars are here!

Cloud Gaming in the mid-2010’s was bleak. No question about it. Playstation Now was a blue ocean product when it launched back in 2014. But it was not a good experience. It had bad latency, loading times, and video quality. Sony had little motivation to improve due to the lack of competition; especially when the PS4 was the dominant console.

We are now in 2020. Data centre and Internet access technologies have advanced enough to make Cloud Gaming a reality. Assuming that you have a reliable >25 Mbps connection Internet Internet connection, the experience is like playing a game stored locally on your PC and virtually indistinguishable from the game running natively.

To further understand why Cloud Gaming is serious business for these companies, let’s do a quick study on xCloud.

What is important about xCloud?

xCloud went from an astonishing zero to 15 million subscribers upon launch. Their growth was by way of making xCloud available with Xbox Game Pass. This is only a subset of the 90 million Xbox Live subscribers so there is still a lot more room to grow. The bundling of these products will increase value and stickiness for subscribers across Xbox consoles, PC, and mobile.

Microsoft recently made a significant land grab with the $7.5 billion acquisition of Zenimax. Zenimax is the parent company for IP such as The Elder Scrolls, Dishonored, Doom, and Wolfenstein. These games, including the possibility of exclusive AAA titles that are only available on Xbox hardware or xCloud, will further compel customers to stay within the Xbox ecosystem.

Live streaming is an important part of an overall market strategy. Microsoft’s own streaming platform (Mixer) was shut down when they accepted that they cannot compete with Amazon Twitch and YouTube Gaming. Thus, the partnership with Facebook Gaming was born. This deal can enable Microsoft to tap into over 700 million users to leverage word-of-mouth marketing and drive more xCloud subscriptions and Xbox cross-selling.

An Xbox TV streaming stick for xCloud will eventually launch to provide a cost-effective Xbox-like experience on the big screen. Further capabilities can be extended to features like Microsoft Movies and TV service and Microsoft Wireless Display. This will ensure that Xbox still has a presence in the home for the price-sensitive customer or attract some of the 86 million Xbox 360 owners (vs. 50 million Xbox One owners) back to Xbox

Ray tracing was recently made available to Minecraft. The game looks visually stunning. Unfortunately, this is only available to customers who can afford an NVIDIA TRX 2060 GPU or greater. The cloud can provide the graphical processing power instead of having to buy costly hardware. This may be enticing enough to convert some of the 126 million monthly users into cloud gaming.

Cloud Gaming is the next frontier for incumbent game companies and new entrants. If one was to apply the same analysis to Amazon or Google, they will find similarities in the strategy. Indeed, these companies recognize the requirement to own the home with their services. This year has ushered in a new era for gaming — the Cloud Gaming wars are here.

Have you ever found yourself struggling to find the words needed to recognize a fellow colleague for their contributions?

Or maybe you have the words, but you get stuck when putting together an effective story?

Fortunately, I have a simple hack to easily and effectively deliver recognition.  It uses a technique that you have likely used in the past.  I am talking about the STAR format.

Recall that the STAR format is a common interview technique that consists of 4 components:

Here is an example:

[…] Anna took charge of the Operational Readiness Testing since its inception, unintentionally inherited the responsibility of testing for Business and Health teams, and owned the presentations to instill confidence in the overall Market Launch.  Her constitution is exceptional — working 12+ hour days, consistently productive meetings with 40+ team members, and launching our brand new lines of business to submit in 100+ orders over 3 weeks. […]

The cool part is that it took me less than a minute to write and it pays itself back many times over.  It was also used to support a request for a larger-than-usual monetary award too.

In the next time that you want to send a thank-you card or nominate a teammate for a job well done, remember the STAR format as an aid to help you quickly create a recognition piece.

The best part about the STAR format is that it works very well in a live setting. You can easily deliver each part of the story — similarly to what you would deliver in an interview! 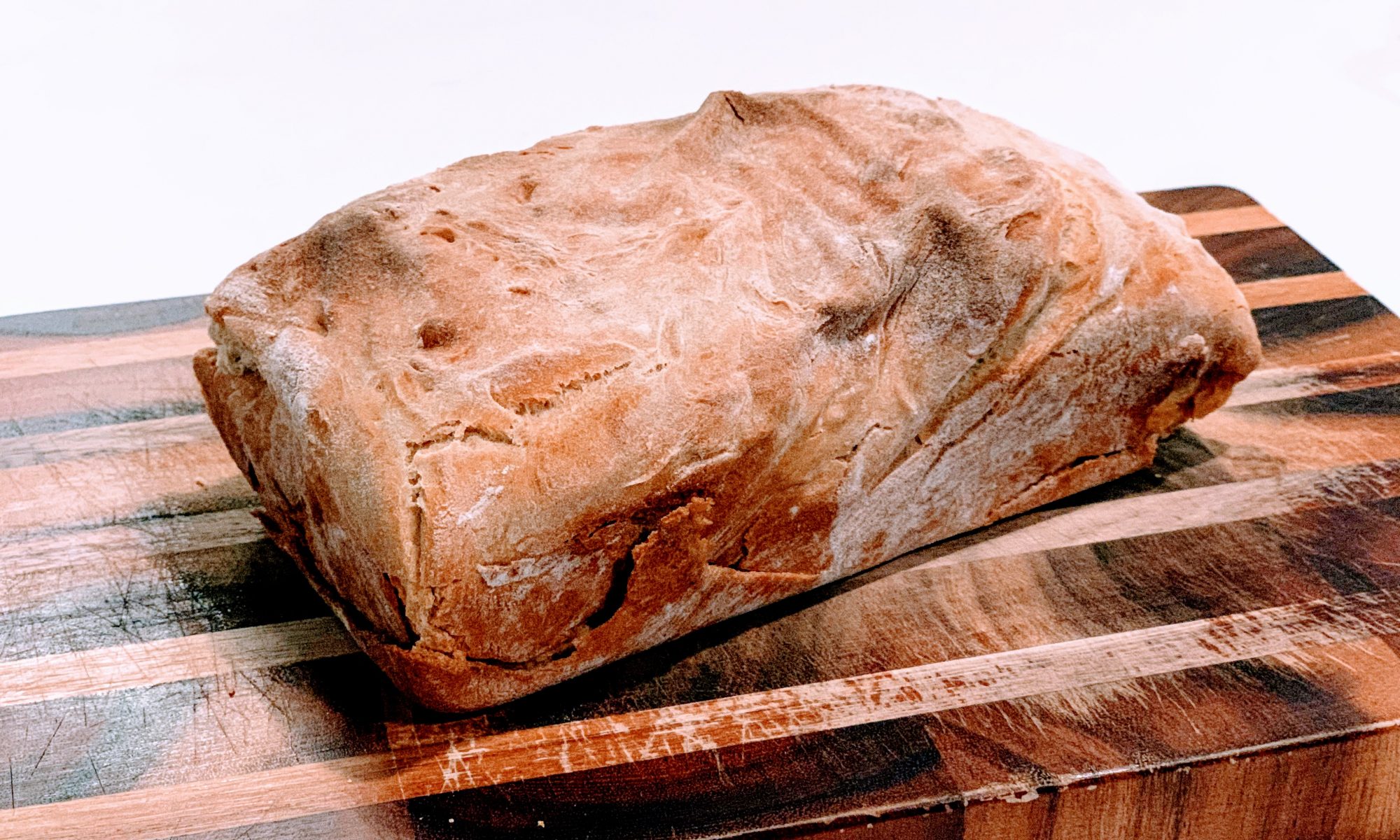 This is a test post. Accompanying this post is the first loaf of bread I ever baked. I have my peers at work to thank for that one.

I am on a mission to share things that I have written or created in my life.

My hope is let you take away something useful. And, if you do, please let me know!